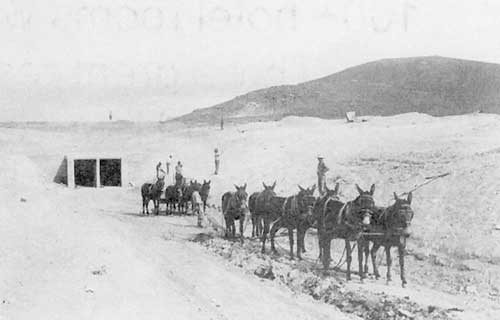 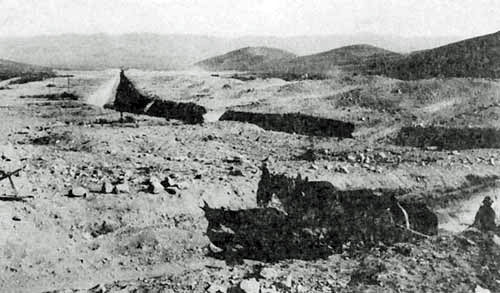 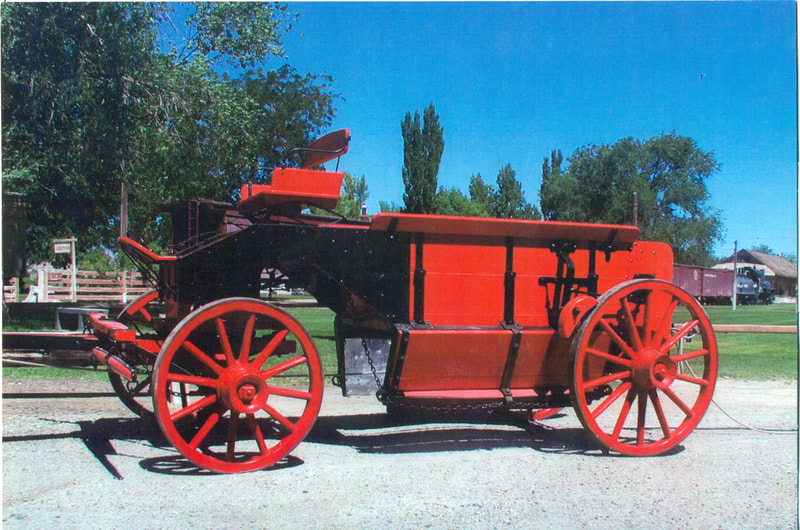 Click on photos for larger views.
The West Walker River has its origins in the Sierra Nevada Mountains of California, flows through the green agricultural Antelope Valley straddling the California/Nevada line, and ends in Walker Lake located in Nevada. Highway 395 passes through the valley from south to north. The Sierra Nevada Range is on the west, the Sweetwater Mountains, a spur range of the Sierra on the south and east sides and another spur range of the Sierra, the Pinenut Mountains rim the valley at the north end.

In the Antelope Valley at the time of the 1859 settlement, there was a natural, small, shallow Lake called Alkali Lake by the settlers even though it really wasn’t much of an alkali lake. After Thomas Rickey, a cattle and sheep rancher acquired much of the land in the valley, it became known as Rickey Lake. The Headquarters for the vast Rickey Land and Cattle Company and the Kirman and Rickey Ranches was on Topaz Lane just south of the “Alkali Lake” and the original Rickey homestead.

Thomas Rickey devised a plan to divert water from the West Walker River into the Basin of Alkali Lake for water storage that could be used for irrigation. This plan was strongly objected to by another cattle baron, Henry Miller, who owned Nevada ranches downstream in Nevada and irrigated from the Walker River. Rickey’s proposal was to build a dam and reservoir impounding the waters of the West Walker River in this lake basin. Miller filed a lawsuit against Rickey citing the same reason concerning downstream water user rights as Rickey had used to win a suit against Napoleon Hunewill in Bridgeport. Water rights of downstream users had been fought in the courts previously including Rickey for many prior years. The Litigation eventually reached the Supreme Court and was settled in favor of the downstream ranchers in 1920. Both Tom Rickey and Henry Miller had died by this time.

Ironically, now, the downstream users thought that Rickey had had a great idea and a plan. The lawsuit was finally resolved with modifications and permission to Build Topaz Lake Reservoir with a plan engineered to build a levee to divert the river into Rickey Lake for storage. The newly formed Walker River Irrigation District owned and managed the project. A tunnel would be built at the north east end of the reservoir in a low part of the Grey Hills to allow water back into the Walker River for irrigation. Regular planned water releases through the tunnel would then carry the water releases, through a new canal, back into the West Walker River for the downstream water rights holders to use for irrigation purposes.

Beginning In 1920, mule power and wooden wagons were used to construct a feeder canal to divert water from the West Walker River and the earthen levee, or “dam” and exit tunnel and canal at the north end. The exit canal would then allow water releases back into the West Walker River where it flows northeast to Smith Valley. Mule teams of 4 to 8 mules pulled sturdy special dump wagons to move the dirt needed to the dam area and dump the material from the bottom of the wagons. Many wagons, teamsters, many men with shovels and large dependable mules were needed in this project!  When the water storage reservoir project was completed in 1923, the usable capacity was 45,000 acre feet.

After the project was finished, some of these dump wagons were acquired by local ranchers. One of the dump wagons used was owned by nearby rancher Bim Koenig. A large cottonwood tree blew over during a high wind storm and crushed the wagon. Sometime later, Lou Roeser, local rancher and pack station owner who owned 45 mules, acquired the broken wagon with the intention of rebuilding and restoring it. Many years passed and Roeser never found the time to restore the historic wagon. His son, Lee Roeser, knowing the history of the broken wagon, spoke to the Laws Railroad Museum in Bishop and Lou and Lee gave the broken wagon to the Laws Museum and Bob Bardfield, wagon restorer who would rebuild the wagon. Bardfield then beautifully rebuilt the wagon painting it a bright red color and it is now exhibited at the Laws Railroad Museum in Bishop, CA in the first wagon barn.

In 1937, the Army Corps of Engineers constructed a rock faced levee at the south end of the lake that allowed the water storage capacity to be raised to about 59,000 acre feet. Today, the water storage capacity of beautiful Topaz Lake is 126,000 feet and it is 3.5 miles long by 1.5 miles wide and is 92 feet deep. The lake lies half in California and half in Nevada and is still owned and operated by the Walker River Irrigation District. It is a popular fishing, boating, water skiing and swimming location besides irrigating ranches in Antelope Valley, California and Smith and Mason Valleys of Nevada. A Nevada State Park occupies the north east section and dam area with campsites and recreation facilities. The West Walker River is a designated Wild and Scenic River and is known for its trout fishing.

Visitors are also fascinated by the interesting geology of the Antelope Valley. It sits astride the Sierra Nevada Range on the West and the Basin and Range Provinces in both California and Nevada. The Sonora Pass Glacier was one of the largest in the Sierra and as it melted its meltwater helped carve the landscape of the Antelope Valley. The Walker River then carved a deep river-cut gorge called the West Walker River Canyon. The Antelope Valley is a half graben formed when land subsidence movements occurred along a curving fault line. Major faults are on the West along the base of the mountains. This forced the West Walker River to flow along the base of the mountains on the west side on the mountain fault line. The river did not naturally flow into the Alkali Lake basin because an alluvial fan from Slinkard Creek, just north of Topaz Lane pushed the river to the east. The fault system is complicated at the north end of the valley. The Valley is an alluvial plain and it slopes upward on the east into the Sweetwater Mountains, a spur range of the Sierra Nevada Mountain Range. The grey hills are the only hills in the flat valley to the east. The last major earthquake probably occurred between 3,000 and 10,000 years ago.

Tom Rickey, as a boy of 16, traveled with his family by wagon train to California in 1852 and returned to the east side of the Sierra Nevada in 1859 driving a herd of cattle to homestead in the Antelope Valley along the West Walker River. Years later, visionary rancher, Tom Rickey at his home on Topaz Lane envisioned a lake impounding and storing waters of the West Walker River that came to reality in beautiful Topaz Lake. Perhaps some of the Rickey Ranch’s mules, draft horses and wagons were even involved in this pioneering water project.